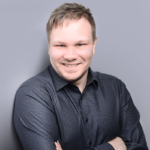 Before starting my own business and founding today's WordPress agency, I was mainly responsible for the development department of one of the largest German e-learning portals with an associated agency business.

Today I run my agency specialized in WordPress in the heart of Berlin. Together with my colleagues I mainly deal with the development of WordPress websites and special solutions for small companies up to corporations.

In addition to the daily agency business, I am active as an author for video trainings and professional articles, which have already been published by well-known publishers and publicists. These include publications for T3N or the Webstandards Magazine / Screenguide. 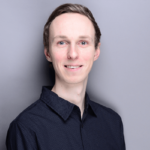 I am a trained media designer for digital and print and have been working with Photoshop, design and programming since I was 13 years old.

I have been living and working in Berlin since 2008. Initially for one of the largest European Internet agencies, where I worked successfully as an art director for the last few years, I was later drawn to one of Germany's largest e-learning portals, where I also worked as an art director. Through this variety, I was able to acquire a wide-ranging expertise in the web and e-learning sector.

Already in my apprenticeship, I started recording video trainings for a large Photoshop portal. Here I learned what matters in a training and also where my strengths lie. After more than 10 years in the industry, I am now the managing director of a small WordPress agency in the heart of Berlin and work for clients from Germany, Austria and Switzerland.